The Power of Planning: why video projects live or die in pre-production

Over the years, we’ve created an enormous number of video projects: everything from animated explainers through tradeshow videos, “About Us” videos, pieces for social media and promotional films for entertainment venues, industrial processes, fitness equipment and food.

While the specific process followed for all these varies a little bit depending on what kind of project it is and who the audience(s) are, the steps are broadly the same whether it’s video or animation. However, regardless of whether the approach involves writing a script and creating a storyboard, or just turning up and filming what happens on the day, every single project stands or falls on how carefully it’s been thought through.

Here, in no particular order, are the kinds of thing that can go wrong if the pre-production process isn’t carried out thoroughly.

This is critical. Who you’re trying to reach with a video dictates how you talk to them: a corporate, B2B audience will obviously need a different approach from a charity appeal aimed at 16-24s.

But tone of voice is a subtle thing to pin down. If it’s a scripted piece, the best thing to do is read the script aloud, possibly (if you’re in the mood) in a variety of voices and at different speeds. This will show up all the tongue-twisters, repetition, badly-formed sentences, and repetition. (“Hmmm.. we’ve got three sentences in a row that end with ‘global’…”)

But more than that, it will quickly become apparent whether there’s personality in the script – and if there is, if it’s the wrong kind. We’ve shot projects for a particular audience where the client has insisted on including one or two details that really don’t fit that audience. In an age of social media, where there’s always a firehose of digital outrage ready to be aimed at anything that’s perceived to cause offence, this has to be really carefully considered: that shot you’re suggesting might have been hilarious when someone suggested it in the office, but will it play well with your intended audience?

Bad idea, or no idea at all?

Just occasionally, during the brainstorming process an idea pops out that just seems to fit. We did a video for Rackspace a few years back which is all about phishing – it’s called Dave’s Desk:

Great, right? The point behind it was to take something that could be dry and unpalatable (don’t click this link, don’t open that attachment) and add a twist: namely, that these techniques change all the time, so don’t get complacent.

But often, either an idea like this doesn’t present itself, or nobody wants to commit to it. That’s fine, but you still need a plan. The idea doesn’t have to be high-concept, but it DOES need to be thought through. A bad but well-planned idea is still better than any idea which hasn’t been planned properly.

Pacing: the myth of the short attention span

It’s often suggested that “the internet audience only has a really short attention span”. This isn’t actually true: look at how many plays the average TED Talk gets, for example, and they can be anything between 10 and 20 minutes long. (I’d also question how it’s possible to lump together anyone, of any age and social demographic, using any kind of device in a huge range of different contexts, into one audience.)

What is true is that there is a LOT of “content” out there now, all competing for people’s attention. Just like other forms of advertising – TV, radio and out-of-home, for example – achieving “cut-through” is critical. So a truer statement would be that people only have a longer attention span for something that’s worth watching.

To get cut-through, don’t do what everyone else is doing. Mostly, this means don’t shout at them. If they zig, you zag. (Sorry.) Give them something in the first ten seconds to ponder: ask a question, maybe, or tease them with a thought-provoking statement. Watch a variety of videos, of different lengths, and ask yourself: what keeps me watching? Why did I only get halfway through this 80-second video? Why did I click “Skip Ad” 0.05 seconds after the option appeared?

On occasion, a client’s insisted that they’ll sort the location out. If we’re filming on their property, then of course that’s the best thing to do, but if not… let’s just say not everyone appreciates that being allowed to be somewhere, and being allowed to film there, are two different things. There are multiple regulations governing filming in London, for example: you can’t just turn up and plonk a camera down, and expect things to go smoothly.

If you’re filming in a restaurant or café, you’ll need to fully inform the owner (not just the manager, unless they’ve got the power to make this kind of decision) of what you’re doing, what you’ll need, how much of the space you’ll need to take up, etc. The best approach is always to close the venue off, if you can: a few hours on Sunday morning before they open is a good time to get things done, assuming the staff are happy to be there early.

Filming can be dangerous. Even if you’re not filming a feature film, there are plenty of potential hazards. We’ve never had an accident on a shoot, but that’s because we’re careful to mitigate any risks in advance. Are there going to be trailing wires? Hot lights? Heavy kit (eg camera cranes) that people could clonk their heads on? Are people likely to be able to trip over our flightcases or tripods?

This is a reason why the number of people you need on a shoot scales in proportion to the amount of kit you’re using: you need to have enough crew there to not only make sure none of the kit goes walkies, but also that it doesn’t hurt anyone by accident.

The Cost Of Doing Nothing

Sometimes, pre-production feels a bit, well, woolly. It can feel like it shouldn’t cost anything, because nobody’s wielding a camera or frantically cutting footage together in an edit suite. But it really is where a project comes together. All those problems that can happen on the day can be avoided when the project’s been thought through from every possible angle, and that means the shoot and edits go more smoothly – which, after all, is what everyone wants. We use a wedge analogy: 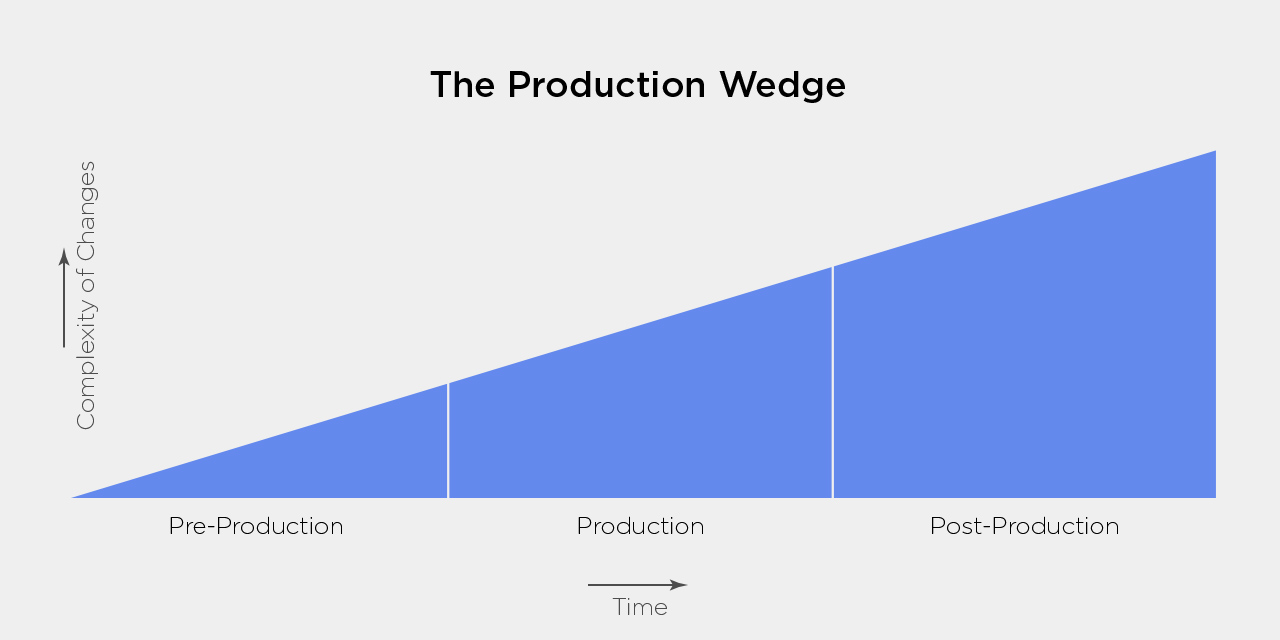 As you can see, the further through the process you go, the trickier it gets to change things. This is why you should never try to “fix it in post”, because it’ll cost a lot more to do that than it would have to plan it properly to begin with.

Nothing beats a good second pair of eyes.

It’s important to walk away from a plan now and again, and come back to it fresh. Often, a tiny detail proves crucial. Print it out and stick it on the wall, look at it upside-down, sketch it out. Otherwise, you could end up with a Spinal Tap moment on your hands… 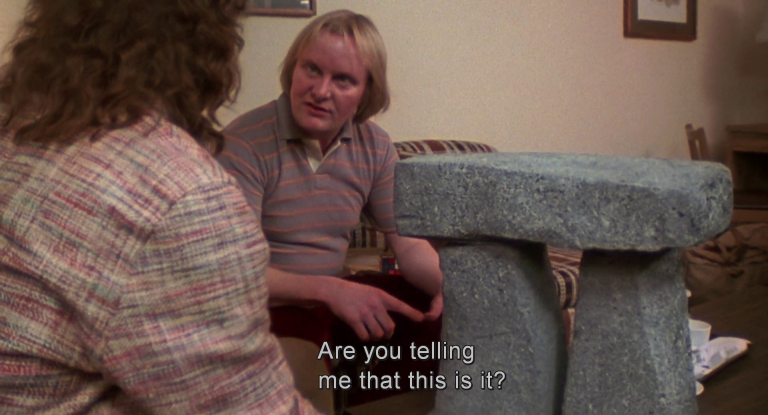