We contributed a whole heap of content to The SSE Hydro, a new 12,000-seater venue in Glasgow. Working with their in-house marketing team and a couple of external agencies, we developed an animated version of their “graphic equaliser” roundel, which would pulse in reaction to an audio file. We tested a number of pop tracks to find one that generated the right kind of pulse, but sadly none of them worked as well as expected. So we generated white noise which pulsed once per second, which gave the animated graphics a much more visually pleasing response; bouncy, fizzy and defined.

The final background combined several different elements (pulsing roundel, light trails, a subtly shifting background, some footage of a concert crowd enjoying itself and a lens flare) and was rendered out as a square (1920×1920) file to seamlessly fit within the range of landscape and portrait screens which are used around the venue, plus versions that were carried by the Arenamation tickertape screens that encircle the inner arena. 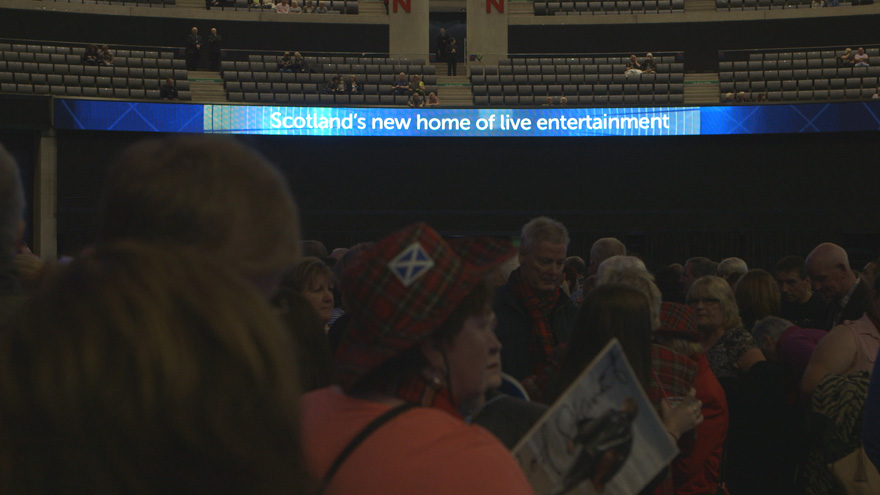 Part of the challenge was that the Hydro Marketing team wanted everyone visiting the venue to see these graphic messages at least once. We devised a plan, based on projected footfall, which suggested the best combination of formats and distribution of graphics throughout the building to enable this. With this in mind, we eventually provided 77 similar but different pieces of content which spanned the portrait, landscape and arenamation formats. 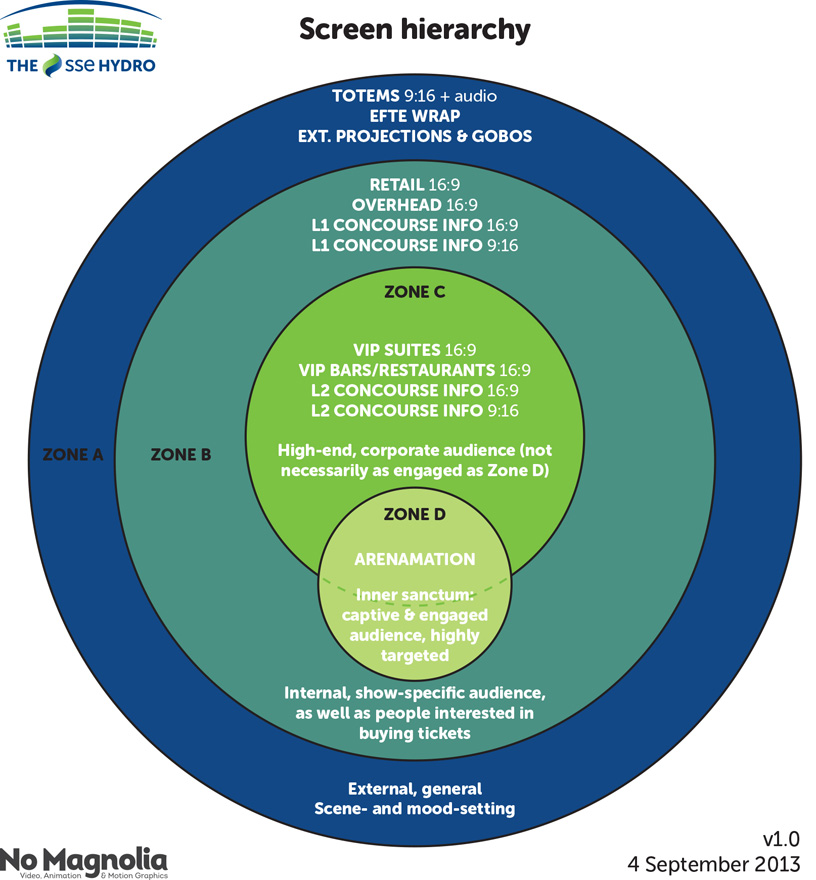 Finally, we shot the grand opening video, capturing the finishing touches to the build, the gathering crowds and the headline act. We produced this by managing a crew of 10 (three directors, two timelapse crews, two handheld camera operators, a Steadicam operator, focus puller and sound recordist) and provided a variety of edits for various audiences (VIPs, customers and corporate partners).