Looking To The Future – TFT Consultants

Looking to the Future – TFT Consultants 20/20

Property and Construction Consultants TFT Consultants have been doing increasingly impressive work since 1973. They approached us to create a video that briefly explored their history before focusing on the future direction of the company, setting out their aims and business plan for 2020 and beyond.

We were given a copy of the client’s business plan which we developed into a short animation script. Following this we looked at many different options for what style would suit the video.  We considered various approaches, ranging from photographic scenes highlighting the history of the company to an illustrated 2D animated video focusing on key sections of the business plan. We created several style frames for each idea before settling on a pinball animation, with Rube Goldberg elements, carrying the pinball through scenes that reflected the core ideas of the business plan. Below are some images from inspirational videos that helped to narrow down the style: 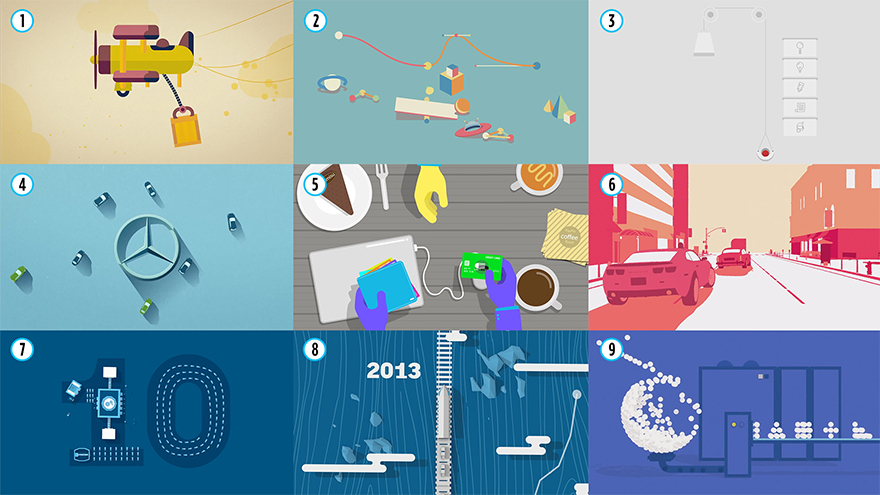 Inspiration for the style of the video

After developing the style, we soon discovered that a pinball/ Rube Goldberg theme required meticulous planning for each stage. We had to make sure that each scene told the appropriate story, whilst allowing the pinball to flow between scenes in the best possible way.

We sketched out ideas for each scene, looking at animation options whilst considering  real Rube Goldberg machine references. We wanted the ball to follow a path that could be created physically whilst making each scene relevant and fun for the viewer.

We used our go-to storyboarding app Boords to storyboard the video, highlighting how the pinball would move through each scene with descriptions of the action taking place. This was sent to the client for feedback, refined, and turned into an animatic to use as a reference for the animation stage.

Using the animatic as a reference, we used the illustrations that we had created for the storyboards to assemble a rough version of the animation. For this project we created more detailed storyboards and style frames than what we would usually put together but this helped to cut down the amount of time required for the animation, particularly as we had planned out every small detail for how the ball would move through the video.

We used the rough animatic for timings and animated the video scene by scene, sending the client regular updates along the way. We tried to keep the animation fun and fluid overall, whilst making sure that we didn’t go too far away from the approved storyboards.

The audio for this project was crucial to convey the physicality of the pinball path. We looked at pinball machines for reference, as well as examples of Rube Goldberg machines. We included a selection of audio effects, including whooshes and clicks, trap doors, metal balls and neon lights to help add more atmosphere to the video. 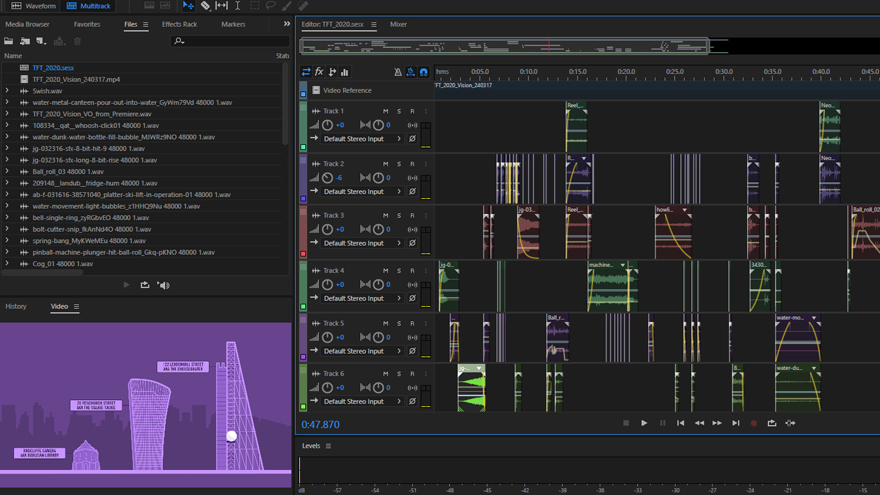 The client was very pleased with the final animation and asked whether we could also create print artwork in a similar style. We looked at the main themes of the document that was being created and sketched out some ideas that would sit alongside the video, taking into account the style that had already been established. Below is a small selection of the artwork that was put together to highlight certain topics.